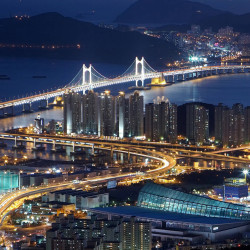 It was true story when I visited at my one of client who was in great stress because of his earlier appointed interior designers having great name & fame in industry so it is only the reason my client got attracted. But one thing I know he failed in making the big budget home as per his expectations. So its only the reason he started survey on internet for honest designers & could have set schedules with various designers because this time he wanted the thing to be perfect. This time he did exactly opposite he is search of not name but good profile interior designer. Unfortunately he called me & set our schedule for site visit. I have met him & realized a man honor was only looking about home with his expectation,I found him in stress as he  purchased a flat which is more precious than 50 kg gold. I was surprised with the design & aesthetics maintained by one of the industrial famous architect but still unable to expose his name as it is not under good human being characters. Now story moving ahead he is deeply scanning my talent about in discussions of all room corners. I told him ” sir any quality design is made by one hand & one brain” he dint understand, than I explained while designers sits on a concept than they work silently & alone. He came with good international designs magazines & shared his design ideas. My reply was very simple & I got him exactly in one view that he is not worried if entire think got broken down once again. I suggested on my lines because still only 50%work was done on site so the project was still in its execution stage. I made him convey that with around 20 % new dressings in designs & shades we can achieve what he wanted. Thank god after a discussion of more than 4 hours a day he got convinced than I explained him about termination with existing designer so we can able to work in ease & without any problem.

Second day my team alerted about this all & took detail survey of all work what happened on site & took measurements again to set in auto-cad. I started giving a new massing to this flat & finally after hard work of more than 8 days I take over to this milestone. Till the period work was   stopped because the entire project responsibility came on me till its restoration ,new alignment & the new design concept. I explained him with my sketches & on site. But he wanted to see in depth because this time he is 100 aware about this design issue. He demanded viray 3d views. I accepted on business terms. Because making one viray view is a question of spending 15k. We set more than 23 viray rendered views,which gives 100 % clear picture of his new dream home. With minute changes he accepted & set his mind in peace.

After meeting him,I realized sometimes money wont be everything when it creates a question of your ease & mind peace. Because home is a place where anyone either a small or a big man when they return in evening after spending their working hours & stressful traveling, they feel it is only their heaven.

So my suggestions to big roll over & famous pioneer architects don’t be completely depend on your associates because same thing will be followed by your associates they will be depend on their seniors & this flaw chain wont be broken because seniors will give their 30% but this is true the junior will be the main one in this flaw chain whose actually giving his 100% output about in making designs or details for the rupee more than a crore of interior work. Now think than how the output will be achieved because boss is not making the residence by his own. He is only the part of money making machines.

In our India blindly the same rule followed by every second person who wanted to make his premises more beautiful & lavish. My request break this chain let us work hard. We are opportunist & know how to give better deal.

With this motto I have taken this residence in my control & I know this will be the residence of my client’s ease & comfort.